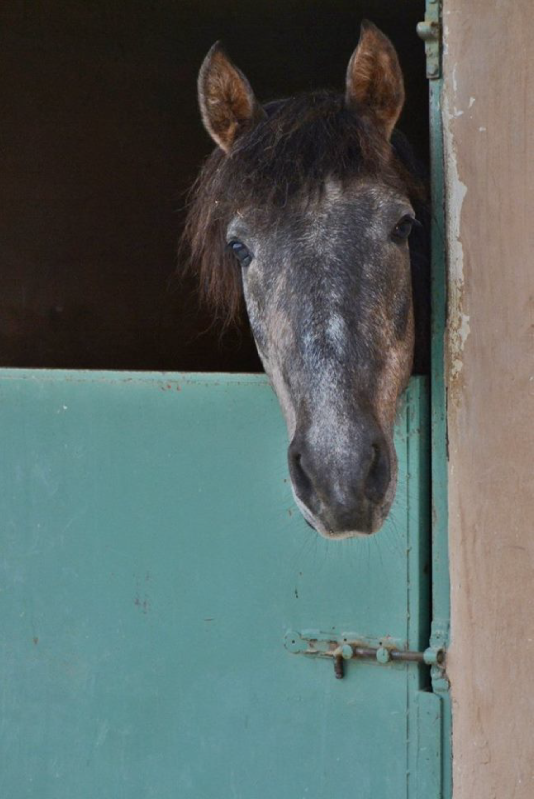 Our little Greek stallion is growing and needs a new prosthetic. In the following video Phoebus tries on his new prosthetic and his joy is contagious!

Phoebus is a 2-year-old Greek horse, who was found in Corinth. He had been wandering for months when found by our volunteers and brought to the shelter. Following initial examination, the vets found that his hind leg was broken and put his leg in a splint. Unfortunately, the bone would not heal as it had been broken for a long time. We had two options. Euthanasia or amputation. We chose amputation after the vets of the horse racing clinic informed us that this was possible. The fact that Phoebus was just a colt encouraged us in this decision, even though we did not know if his recovery would be successful. It was the first time that something of this kind would be done in Greece. Our volunteers took shifts at the horse racing clinic to be with him continuously throughout the duration of his recovery and healing of the wound for more than a month. It was a difficult task in which we collaborated well with the doctors, but we would not have achieved it if it were not for Phoebus’ strength. If he is alive today it is due to our love for horses and his exceptional character. He is an extremely cooperative animal. Phoebus became the first horse in Greece and one of the few worldwide who wears a prosthetic. Following this successful, innovative surgery he is able to stand on his feet. We were filled with strength and courage to go one step further and to save more horses.