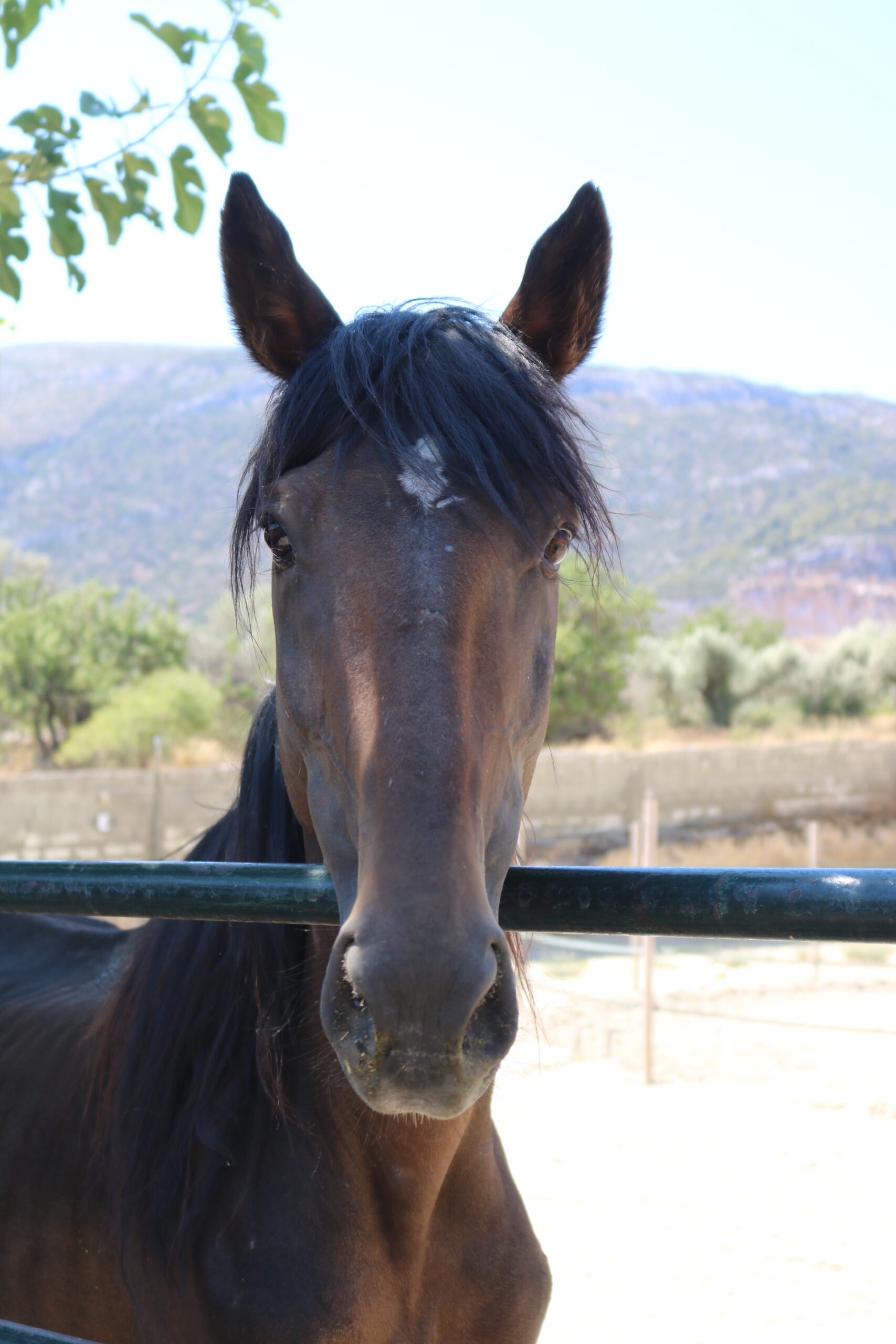 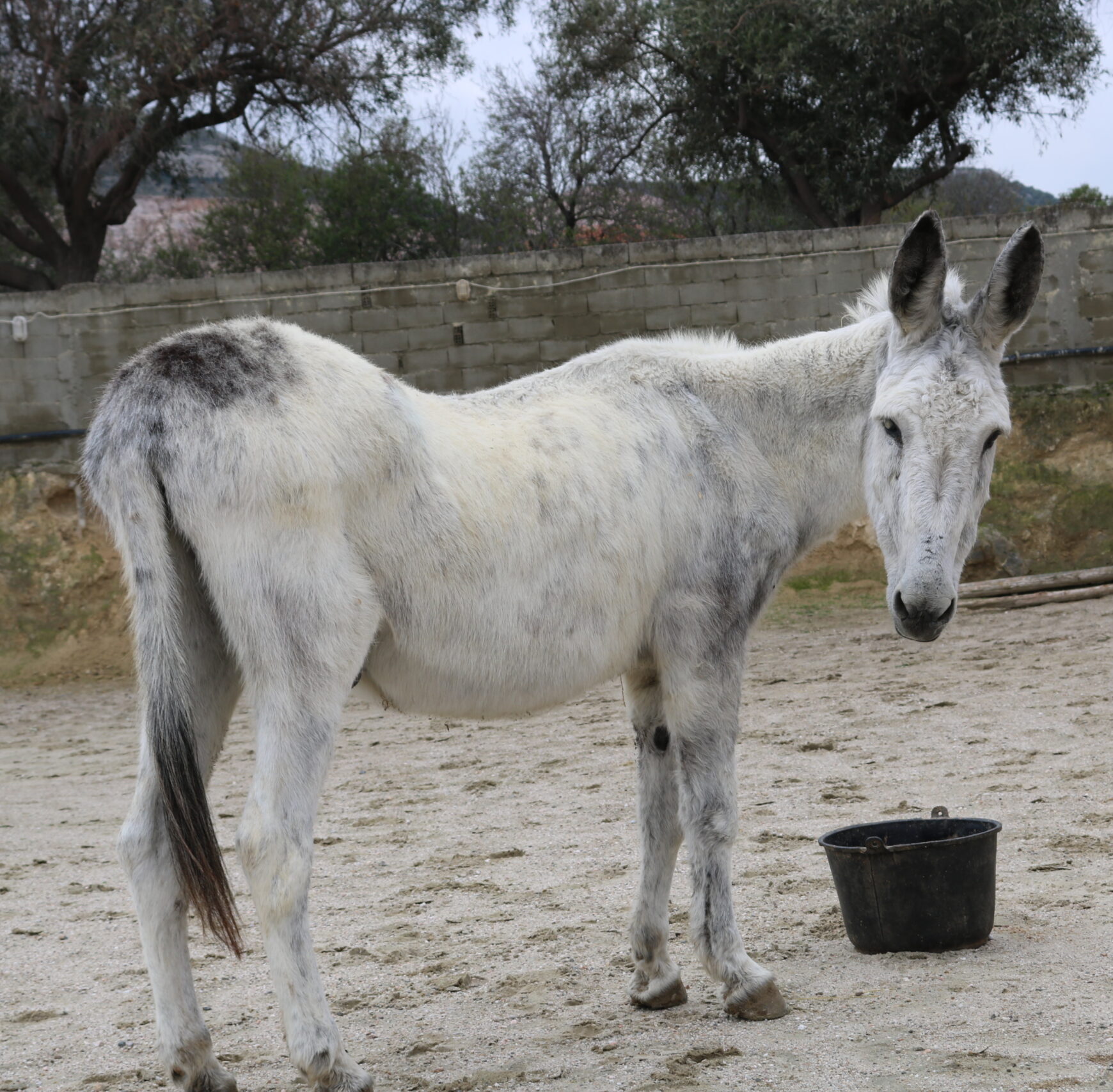 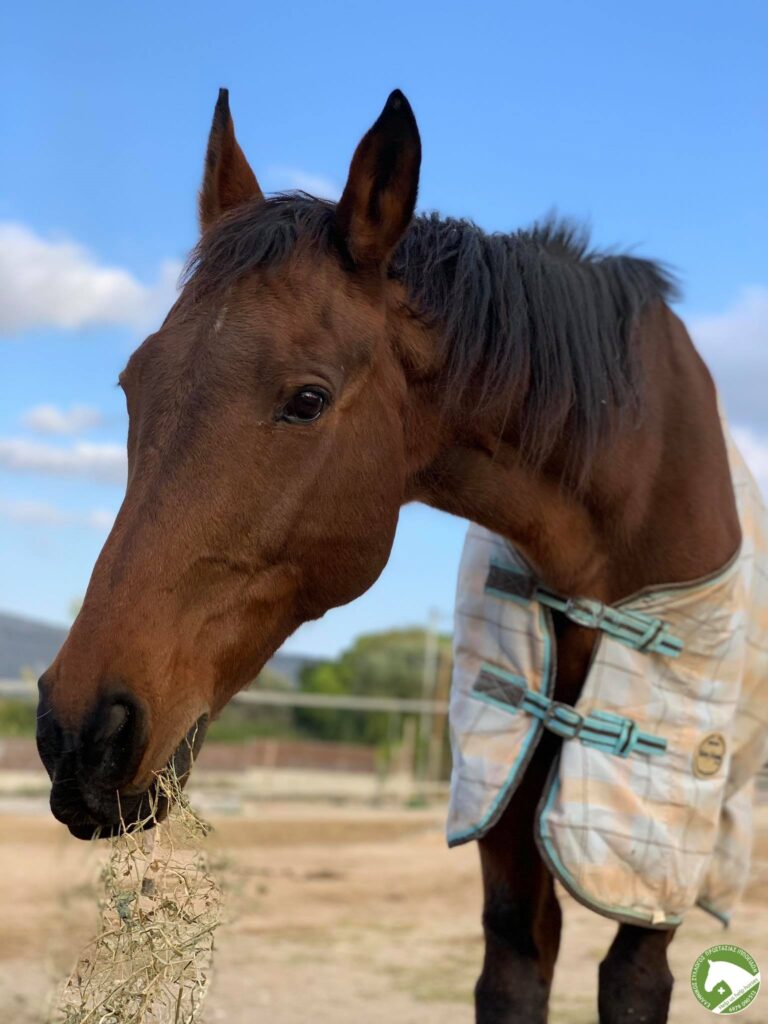 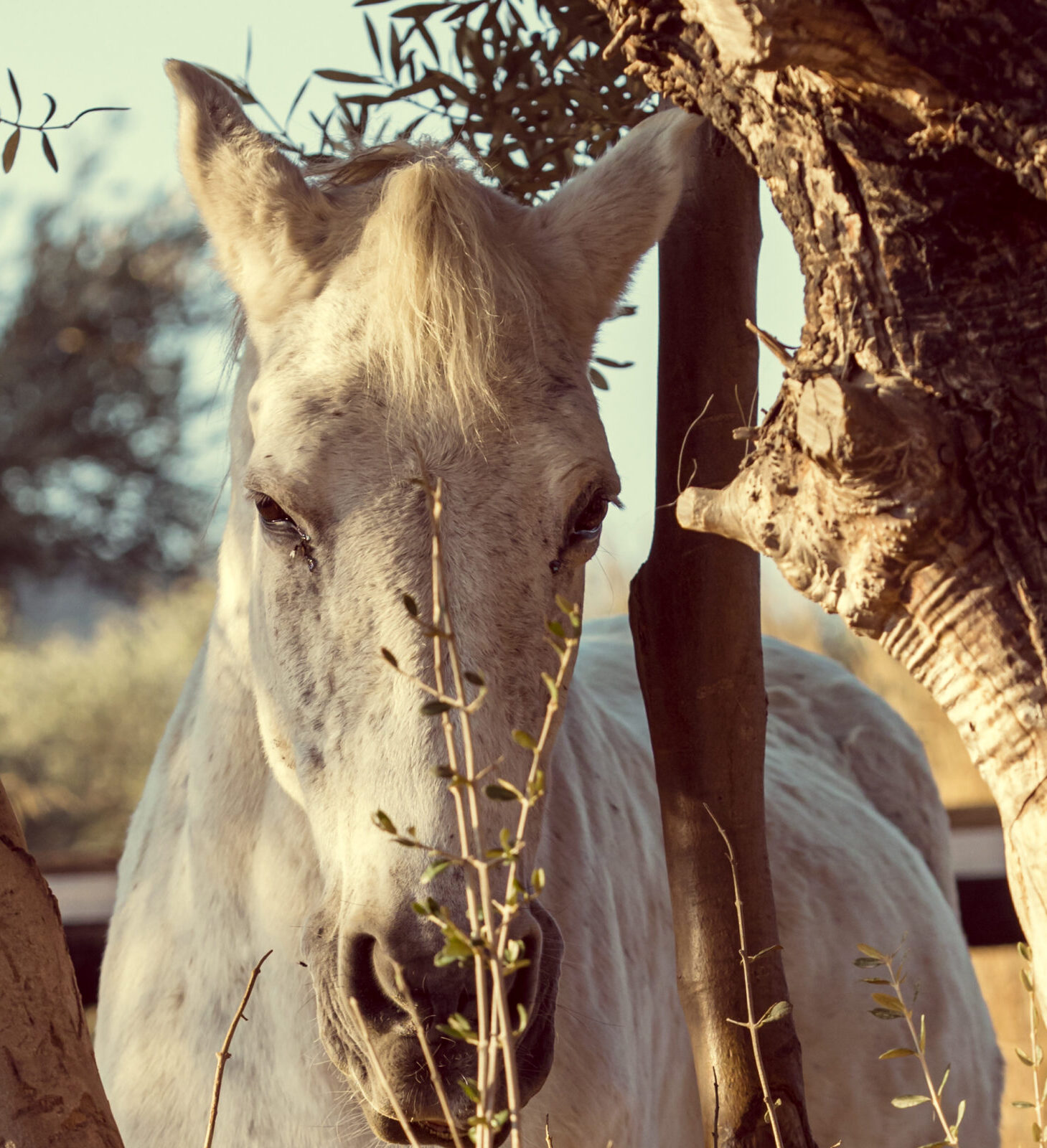 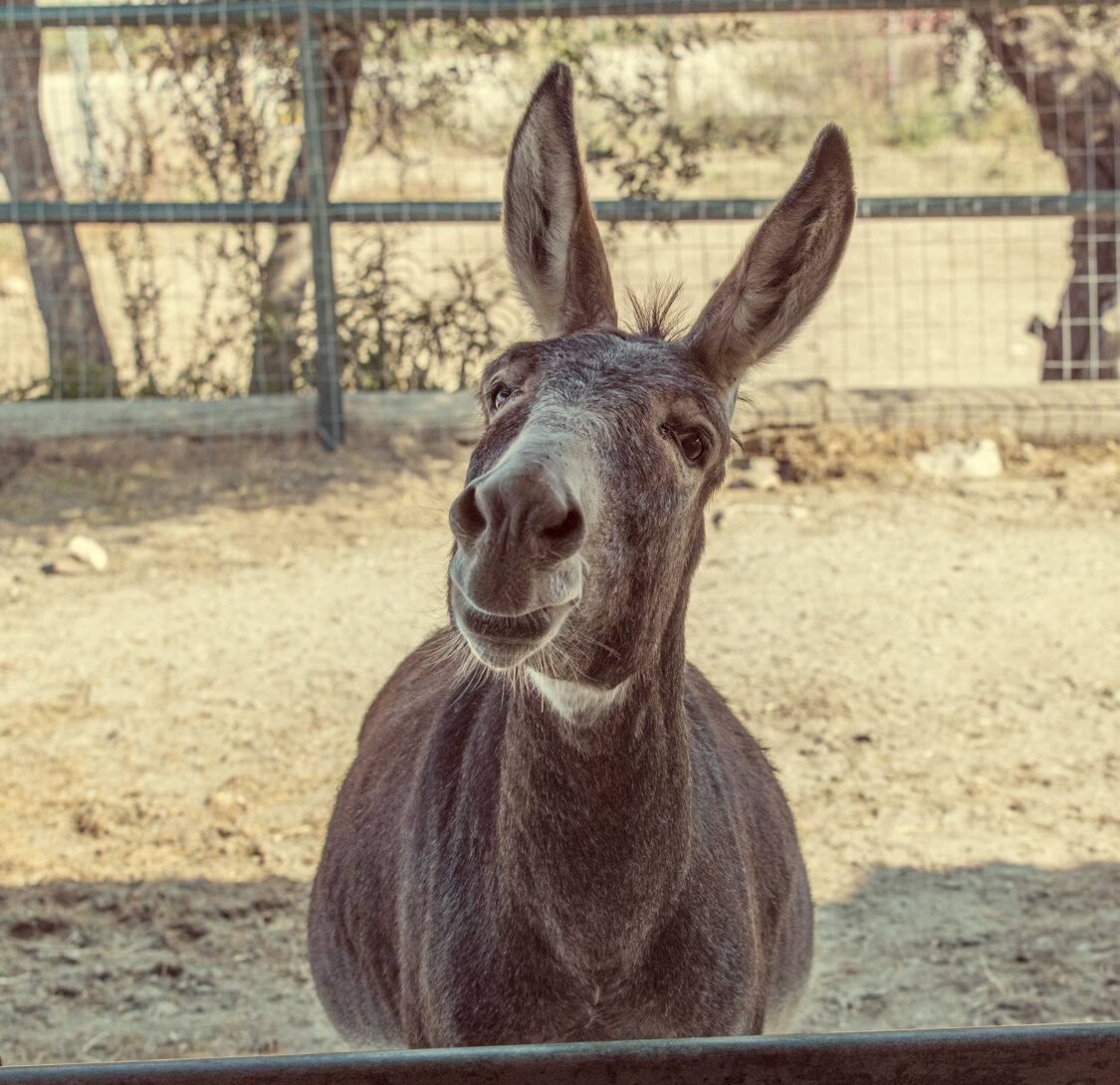 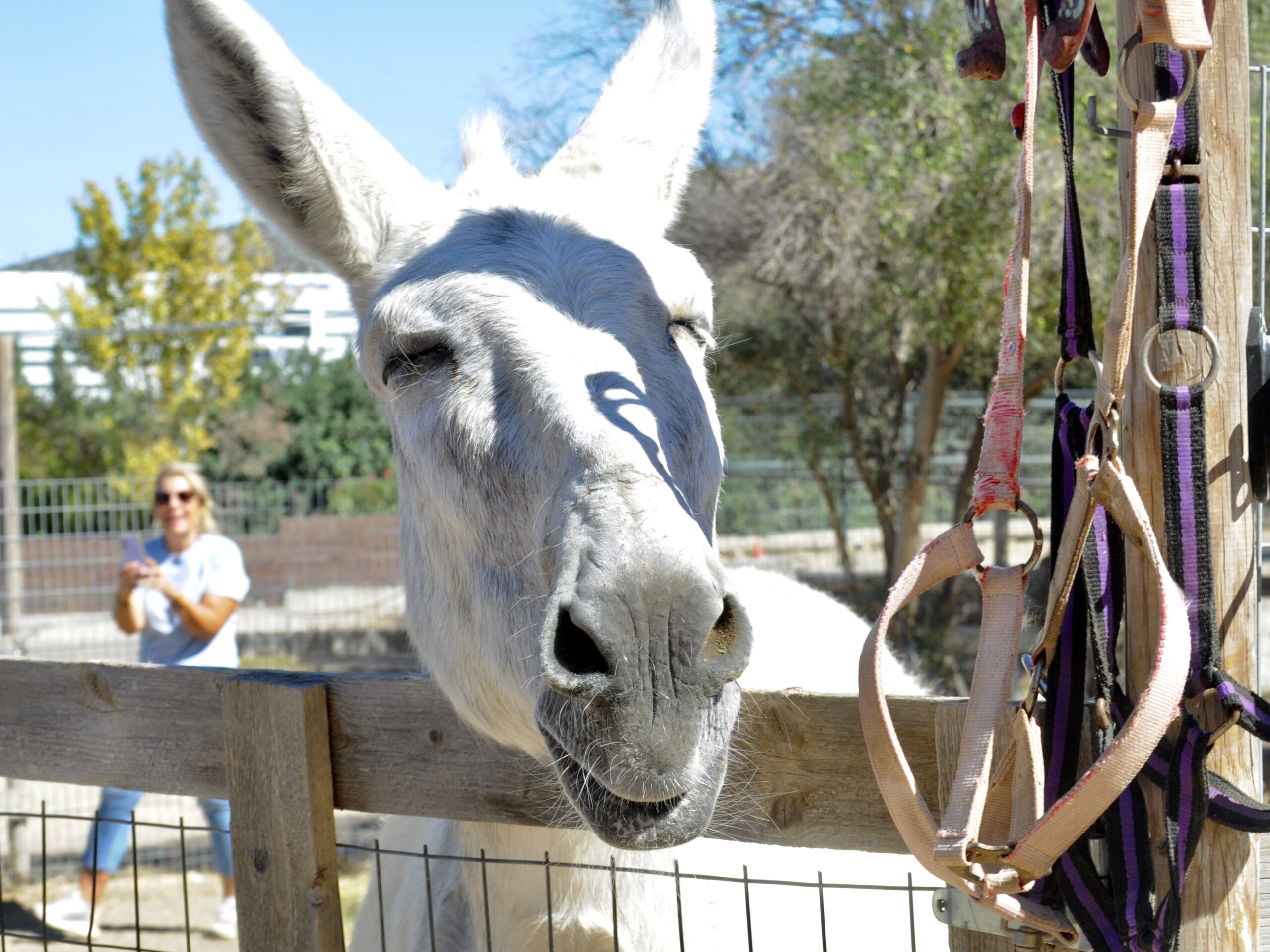 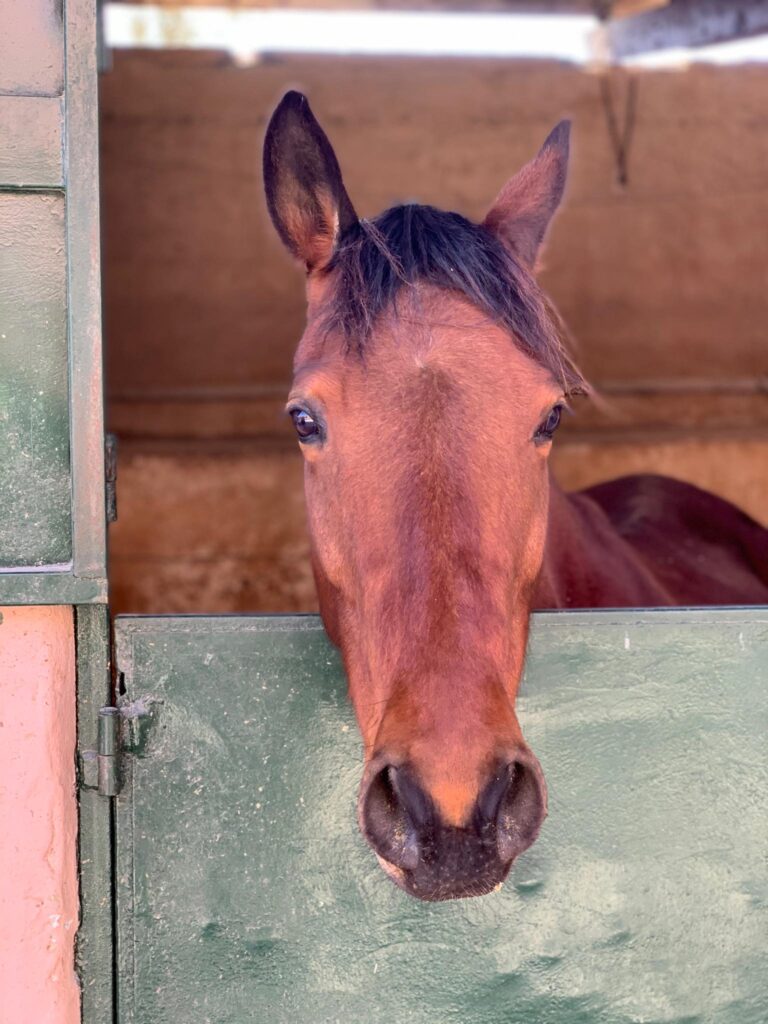 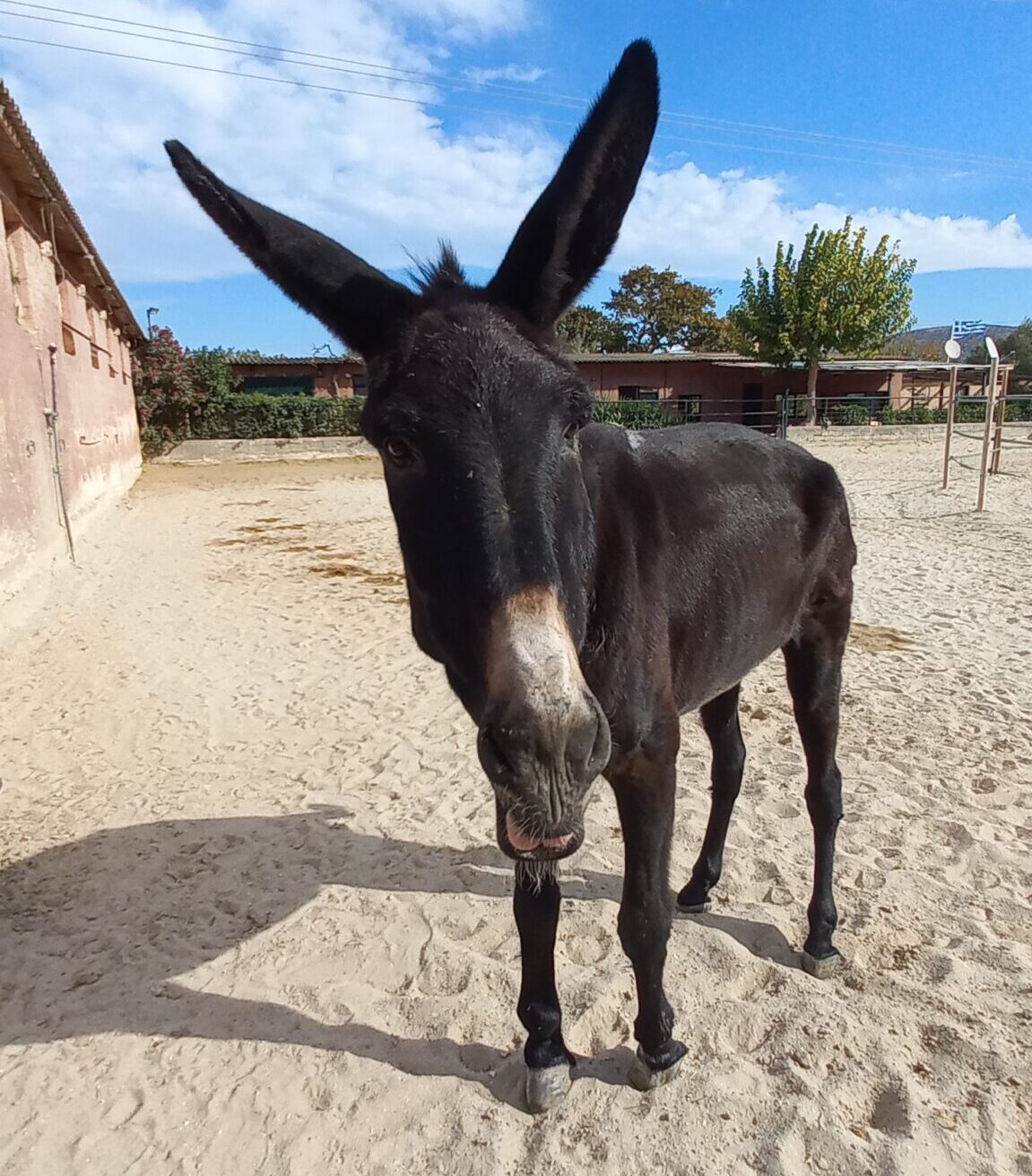 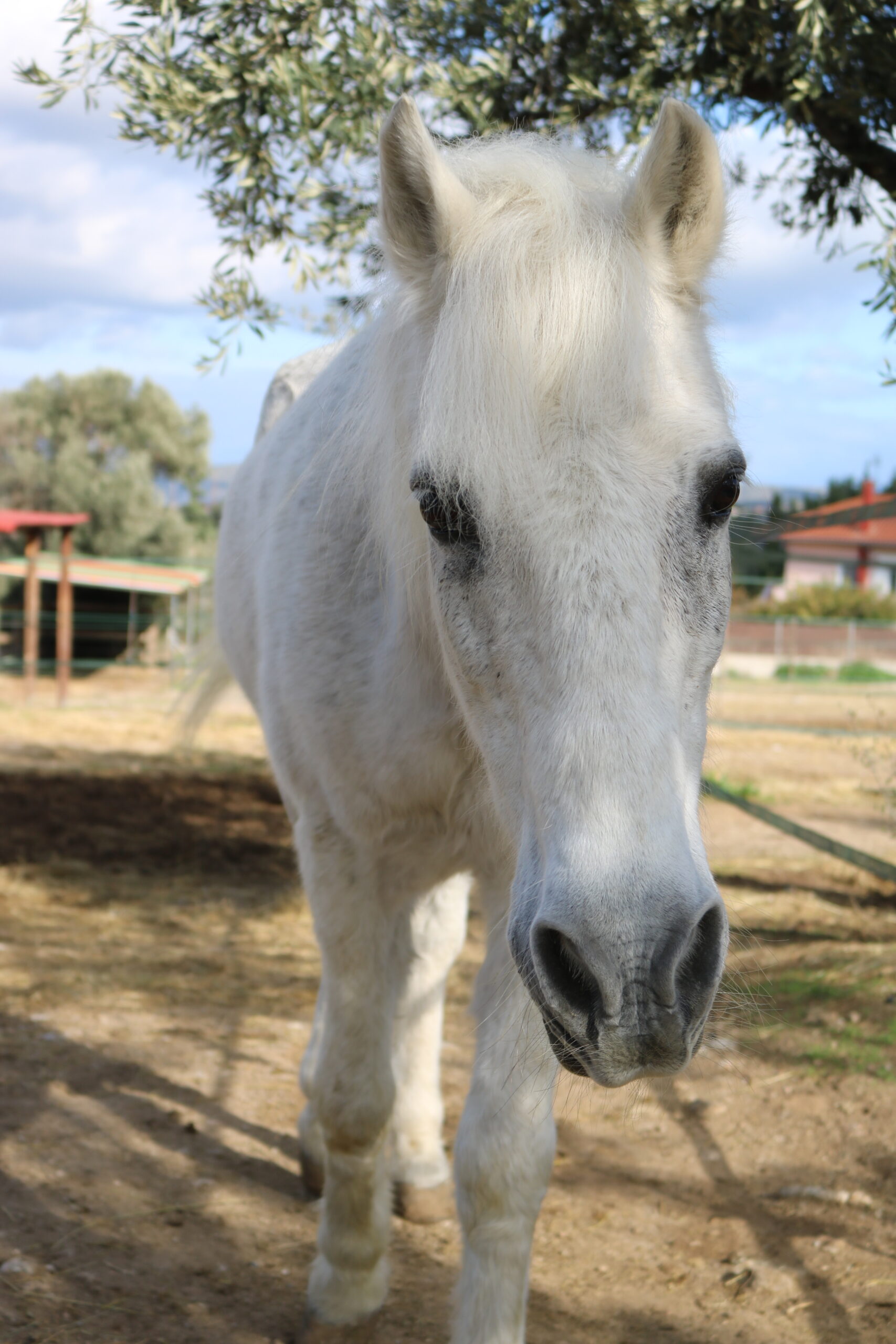 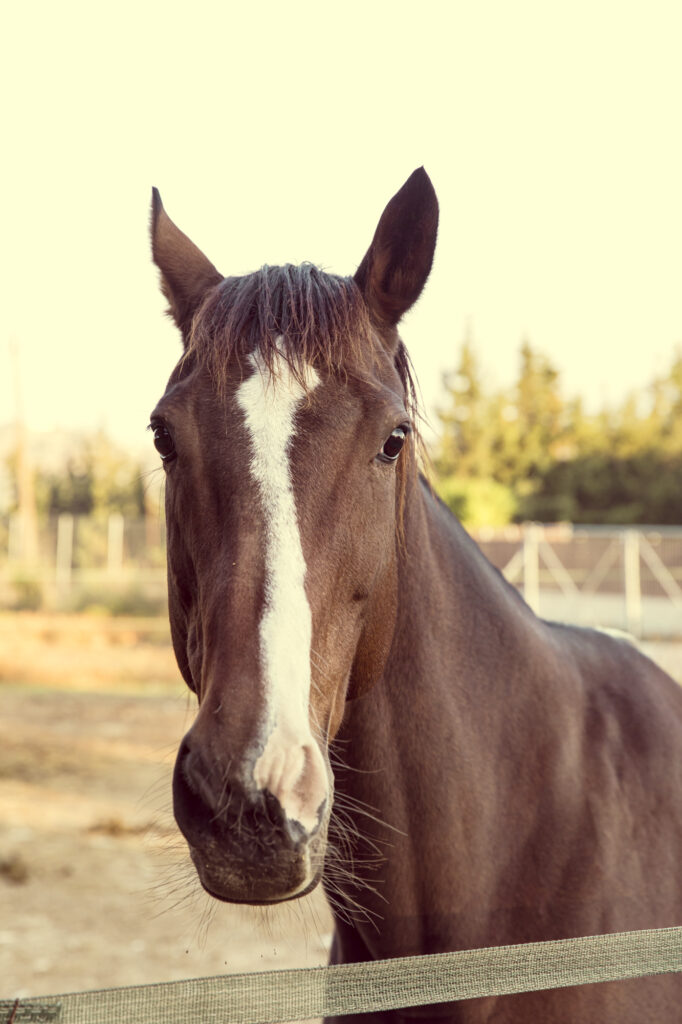 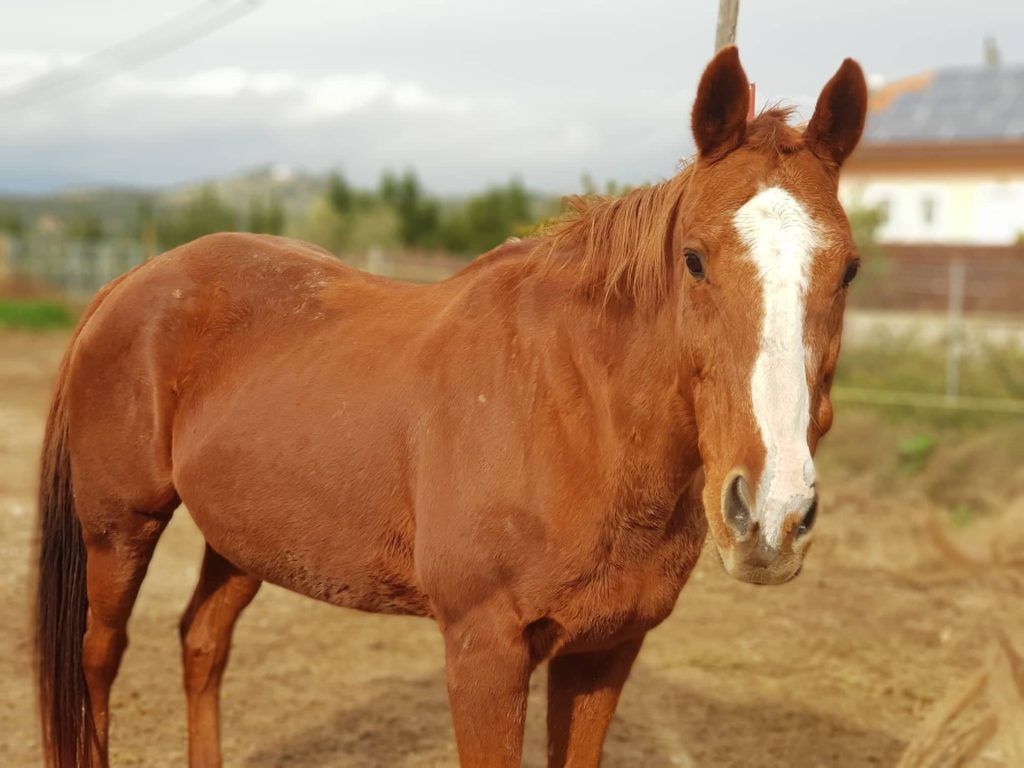 Nicoletta is a 21-year-old mare who has had a lot of love and affection all her life. But what happens when adversity strikes and her beloved family can no longer maintain her? And not only that, but also when they themselves are forced to move abroad to find a better fortune. So, Nicoletta has now stayed at ESPI, and together with the other animals we take care of, she is patiently waiting to find the next family that will offer her the least the same quality of life as the previous one she had. This is not the first time that ESPI has assisted in such cases, because we all know that financial difficulties, and there have been many in recent years in Greece, sometimes come suddenly and our most important concern is the welfare and care of each animal. Fortunately for Nicoletta we were able to help both animals and humans. She is a lovely girl who loves people, does not have any health issues, and can be ridden by an experienced rider. 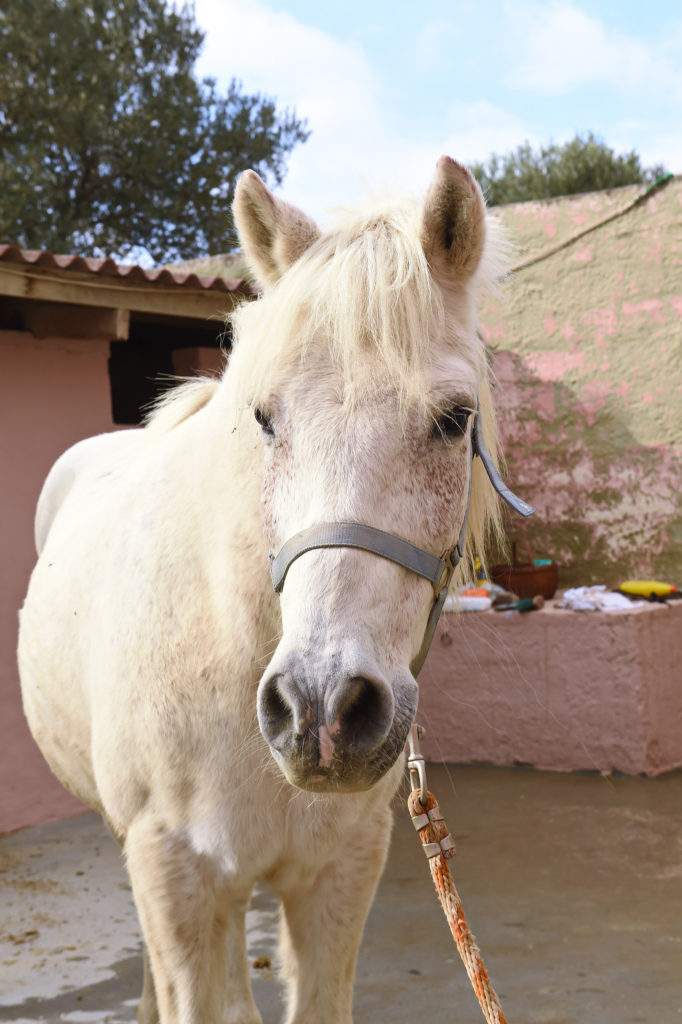 One afternoon in May 2018, we were notified that a little horse suddenly appeared tied up in a field in the area of Kouvaras. One of our volunteers went to check it out and make sure there was plenty of water and enough food until we investigated the circumstances of its being there. We didn't manage to do much, the next morning already we found him tied up outside the ESPI facilities! Casper, as we named him, seemed very overwhelmed by his condition and thus joined our family. From the first moment we knew that he had a big and ugly injury on his back, he was dehydrated and very tired, he was in a lot of distress and anguish. In time, with our nursing and care, Casper recovered, although his wound still troubles him sometimes. Casper is over 20 years old with a tormented body that can be noticed especially when he tries to run (and he can't) but also from the calluses he has inside his cheeks, most likely from the excessive pulling of his mouth. 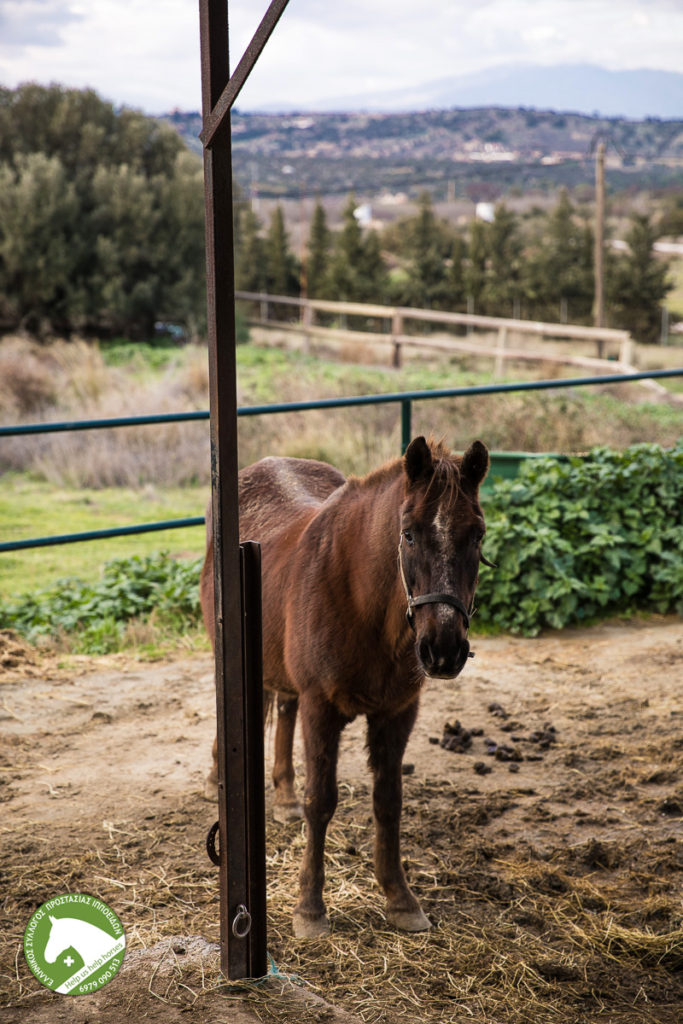 Lucky is a Greek horse 20+ years old, who was found after a passing car spotted him running free on Spata Avenue. He was evidently in distress, dehydrated and malnourished. Following all necessary legal procedures and with great effort because he was very distressed, he was transferred to ESPI. After careful examination by our vet we began treatment for his eyes and are slowly restoring his overall health to a more normal state. 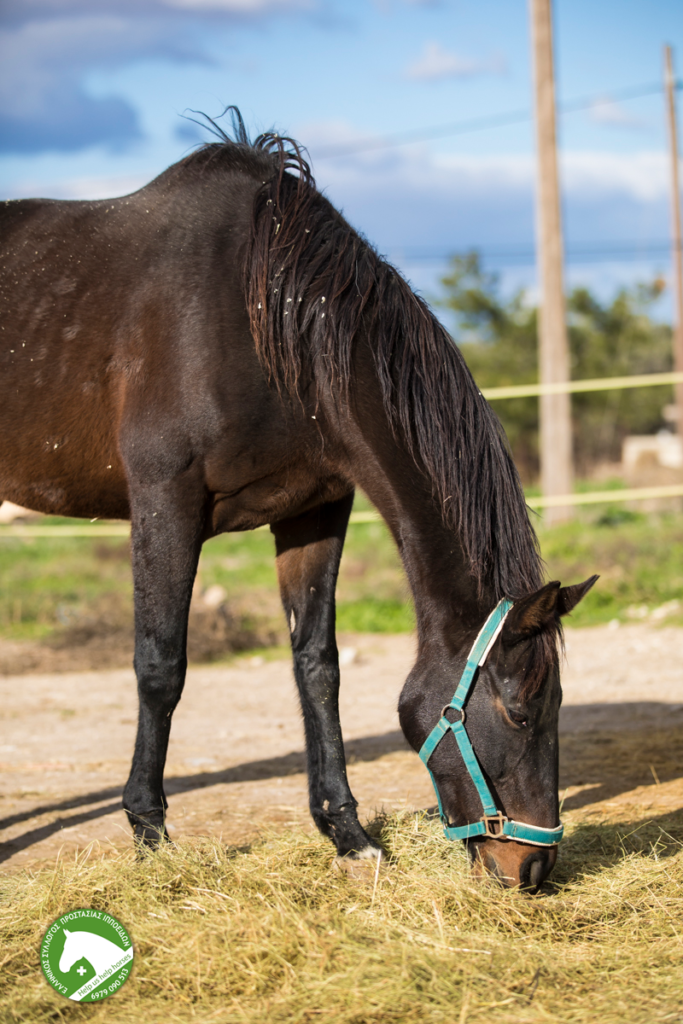 Litsa is a former racing mare found abandoned in Crete and taken in by the animal welfare club 'Walking with Donkeys' in order to have the care she needed. Because of her wayward character, possibly due to the hardships she had endured, it was considered wise to transfer her to ESPI and be trained by Stavros Vergis, a volunteer with our association, in order for her to learn to trust humans again. Her training is still ongoing. 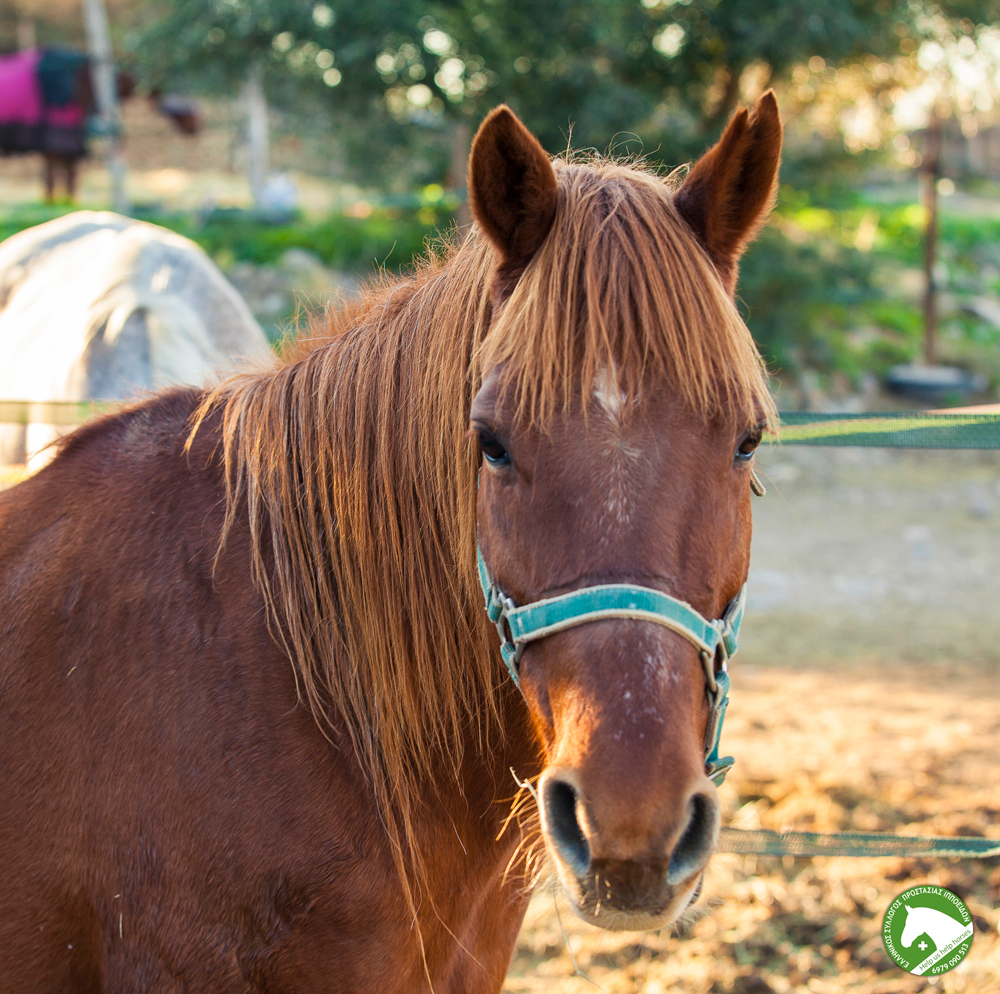 When Hera was found she had been wandering for days in the region of Keratea in Attica. After a three day search we found her next to Lavrio Avenue grazing unconcerned while hundreds of cars raced passed her. Our first impression was a positive one; we could see a red mare with glossy hair and a rich mane. But when we looked closer we discovered that behind and under her tail was a huge, bleeding cyst. We moved the mare with some difficulty to the stable for emergency treatment as it was impossible to get her into the transport trailer. Eventually we managed to get her in, fortunately without anybody getting hurt. The diagnosis was a sarcoid tumor. Treatment is ongoing. 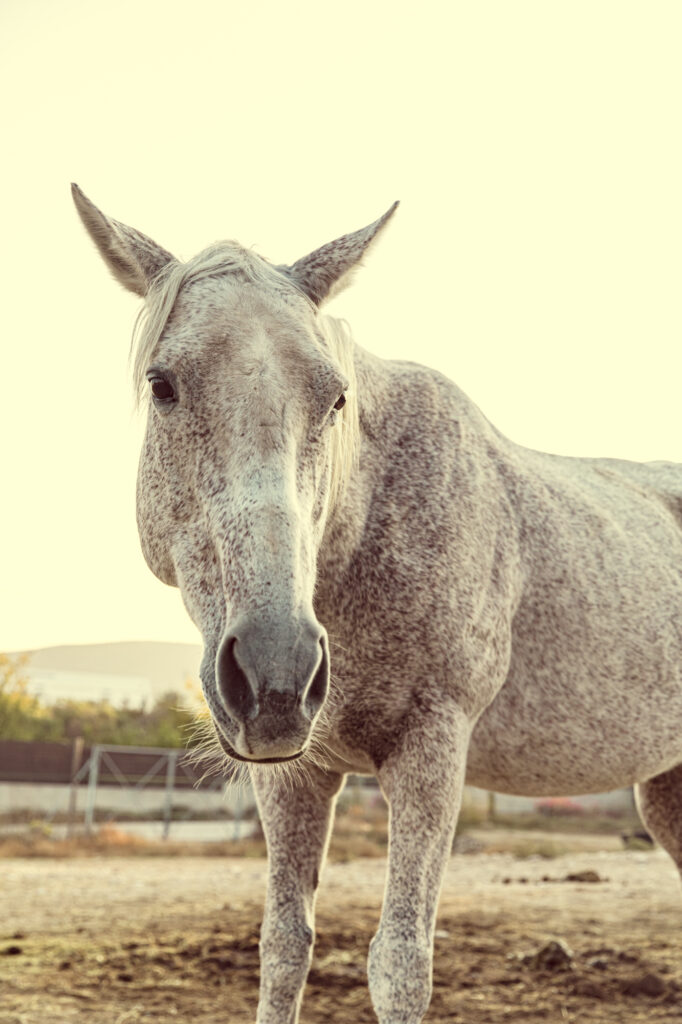 Jerry is a beautiful speckled mare about 20 years old suffering with a chronic problem in her spine. She came to us because her owner could not be ride her. Every time her owner tried to ride her she would be thrown off as even contact with the saddle caused her pain. Today she lives happily in the company of our other two mares in the shelter's paddocks.

Angel is a black beauty that was rescued thanks to the sensitivity of a gentleman from Kranidi in Argolida. He contacted us to help 'Aggelo', as he had charmingly named her, as she was abandoned, malnourished and wounded in her hind leg. When she arrived at the shelter she could not stand on her foot at all. Her foot was a shapeless, swollen mass without any hoof [claw]. Slowly her claw began to appear again but lacked its original form. After treating the wound she was able to stand on it, and even occasionally to gallop. Her recovery lasted for more than five months with constant care and costs that exceeded 2,500€. Her hoof will never be completely healed but at least it hurts less without having open wounds. She is just four years old and has a great will to live.